Our dependence on electronics as a society becomes greater every day, driving increased need for data storage and data centers. This also means there are more ways data can be compromised, increasing the need for data center security.

Our dependence on electronics as a society becomes greater every day, driving increased need for data storage and data centers. This also means there are more ways data can be compromised, increasing the need for data center security.

With so much data stored in the cloud, it’s essential to maintain uptime of critical systems to protect against cybercrime and retain user access to data.

One threat to data center security is an ElectroMagnetic Pulse or EMP – a high-energy blast of radiation (solar or manmade) that can short out electrical circuits and electronics. Data center protections can be established to defend against the impact of an EMP or other electrical surge, including an insulating shield on the walls, floor and ceiling, power and signal line filters, and RF-tight doors. 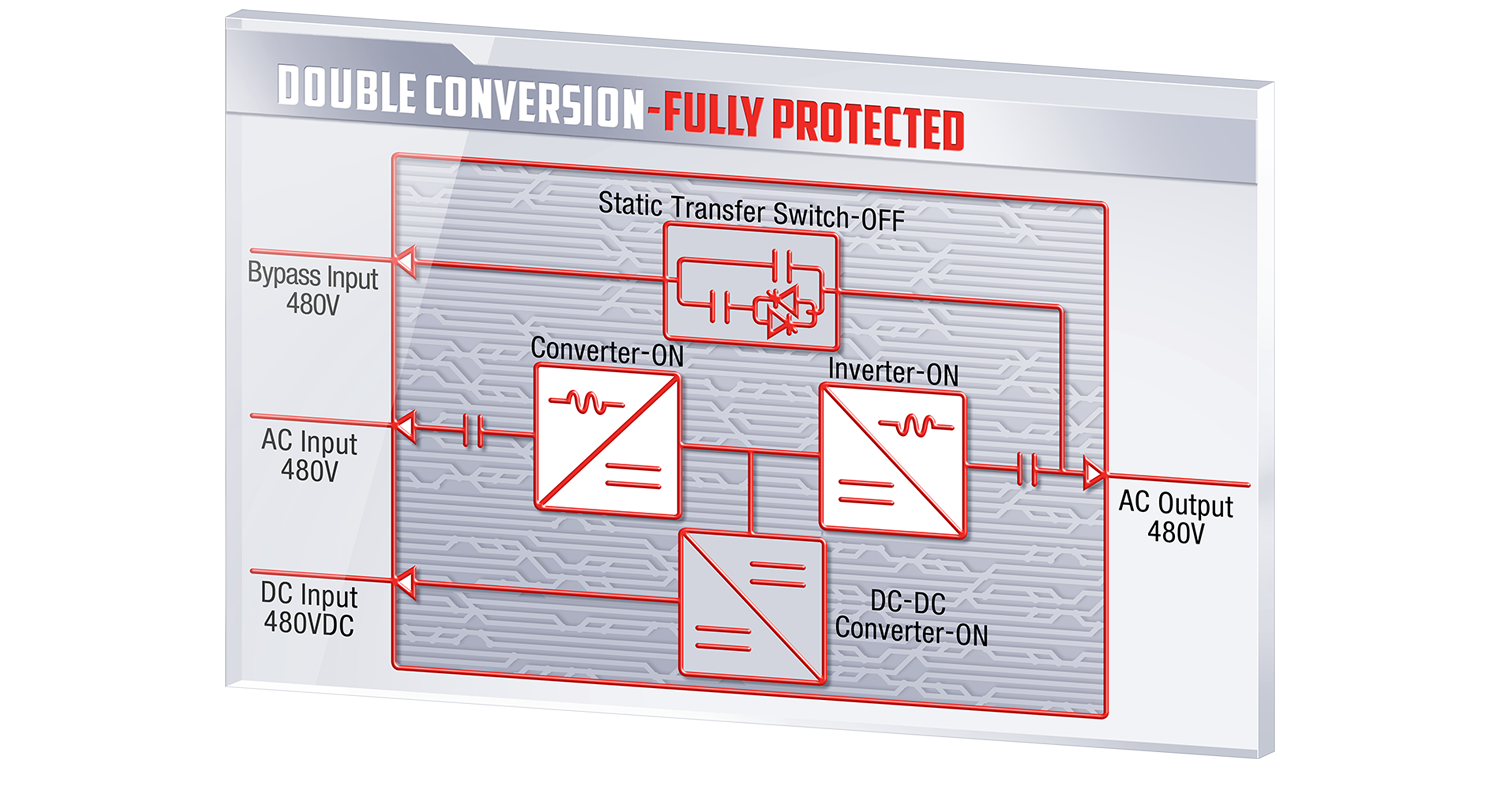 “ ...when selecting a UPS for protecting equipment from EMP, a true on-line, double-conversion type of UPS is recommended... ”

Increase Uptime
in the Face of Potential Threats

Uptime is the number one priority for a data center, and an electromagnetic pulse is a very real threat to uptime and needs to be taken seriously. Michael Caruso, director of government and specialty business development at ETS-Lindgren stated, “The common response is, ‘It can’t happen’.” He continued, “It can and will happen.” 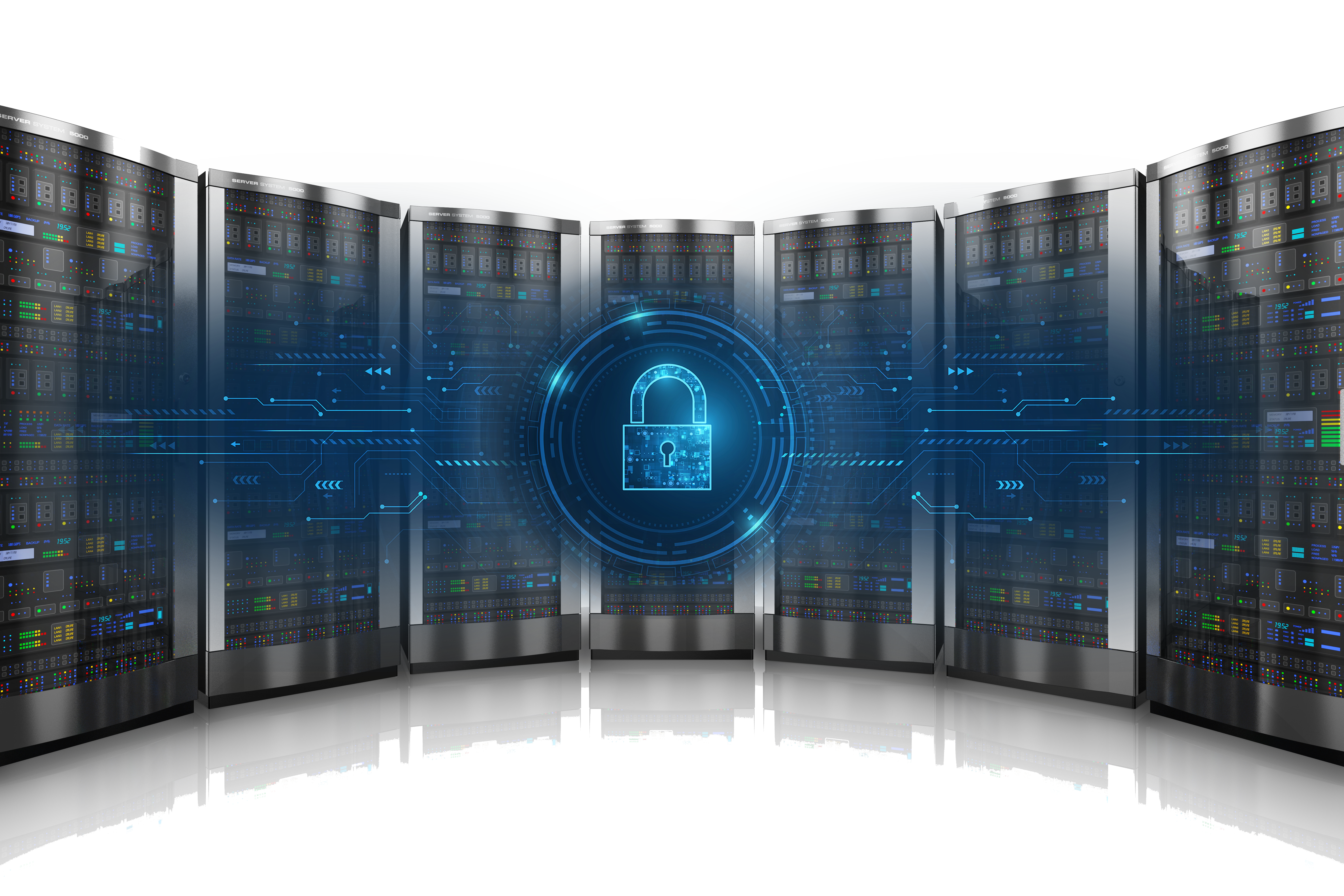 Avoid Losses from an Outage
with Reliable Backup Power

Depending on the business they are in, data center clients can incur a number of tangible costs, including lost transactions, a drop in productivity and ruined inventory. In addition, they can experience indirect costs, such as a drop in employee morale, customer good will, lost business opportunities and even damage to their brand.

On the data center side, an outage raises stress levels and typically requires extended working hours of all involved trying to resolve the problem and keeping clients informed of their progress.

Lifeline Data Centers is a leader in data center security standards, compliance, uptime, and innovation. In 2016, they started construction on their Ft. Wayne facility, set to open in early 2021. It will be their third location in the state of Indiana and will serve as their flagship data center. As such, they were very selective with the equipment incorporated into the facility and needed a reliable UPS vendor.

“ For me, Mitsubishi is the only option out there capable of providing the high level of protection that will match the rest of the structure. ”

Prior to 2008, Lifeline had been using a competitor’s UPS and noticed it was not unusual for one to crash about every third time a storm passed through. Since the core value of a data center lies in its uptime, the downtime suffered by an outage is painful for both clients and the data center staff.

Things reached a breaking point when one of their UPSs literally blew up going into bypass mode. Not surprising, Lifeline was anxious to make a change in their UPS supplier – one that, “could stand up to a punch”. They wanted a partner, not just a supplier, who could furnish a highly reliable product consistently and on time.

The day after the catastrophic UPS failure, Lifeline visited Mitsubishi’s home offices in Pittsburgh, and the following day had a Mitsubishi replacement UPS up and running in their facility back in Indiana. Lifeline made the switch to Mitsubishi as their choice of supplier in 2008 and has not seen an outage since.

“ In large part, because of a Mitsubishi partnership, Lifeline has not lost a customer except to bankruptcy or mergers over a 15+ year history. ”

Learn more about our data center solutions for improved security and uptime.