With its unrivaled expertise in electronics design, control, and manufacture, Mitsubishi Electric delivers the highest reliability and highest efficiency in uninterruptible power supplies 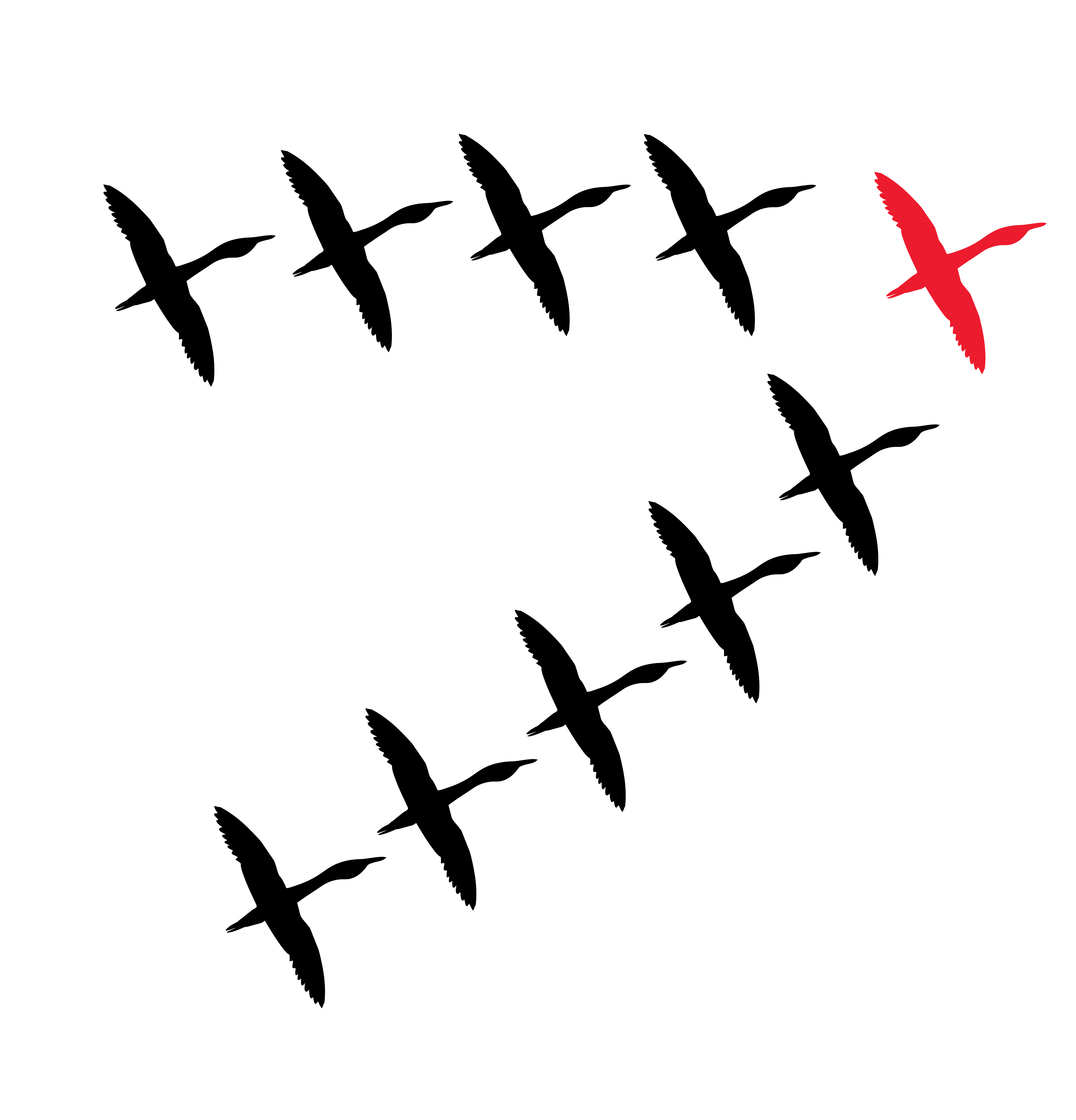 Mitsubishi Electric has been at the forefront of technological advances in the design and development of uninterruptible power supplies for the past 25 years.  Older UPS installations used transformer designs and Silicon-Controlled Rectifiers (SCRs) as power devices, which limited efficiencies to the 85-90% range.  In the decade that followed, Mitsubishi Electric led the charge to drastically improve efficiencies with a series of revolutionary developments.  The introduction of Insulated Gate Bi-Polar Transistors (IGBTs) delivered higher switching rates, and, with proper control, a more refined sine wave that provided better response to load transients.  Mitsubishi Electric is the only brand of UPS that designs and manufactures its own semiconductors - knowing best how to control its electronics for highest reliability and maximum efficiency.  The use of IGBTs inspired the concept of the 3-level topology transformerless UPS, which Mitsubishi Electric pioneered in 2008 with its 9900 series.  Later, Mitsubishi Electric extended its development of SiC technologies into the MOSFET power devices used in the SUMMIT, a game-changing UPS introduced in 2015.  Mitsubishi Electric's latest advancement has been the launch of the world's first 2 megawatt capacity UPS in 2017, the 9900CX. 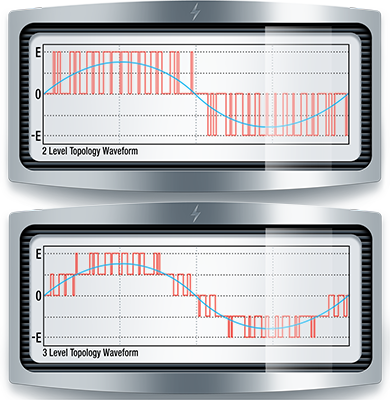 Three level topology provides the base building blocks to create UPS products that are capable of >97% true online double conversion efficiency. First introduced to the North American UPS Market in 2008 in the 9900A series 3 phase UPS modules, Mitsubishi Electric now includes 3 level topology in all of its 480V UPS products. Mitsubishi has led the way in this technology and now has over ten years of experience in its design, construction, and operation. For more information on three level topology, see the Three Level Topology White Paper. 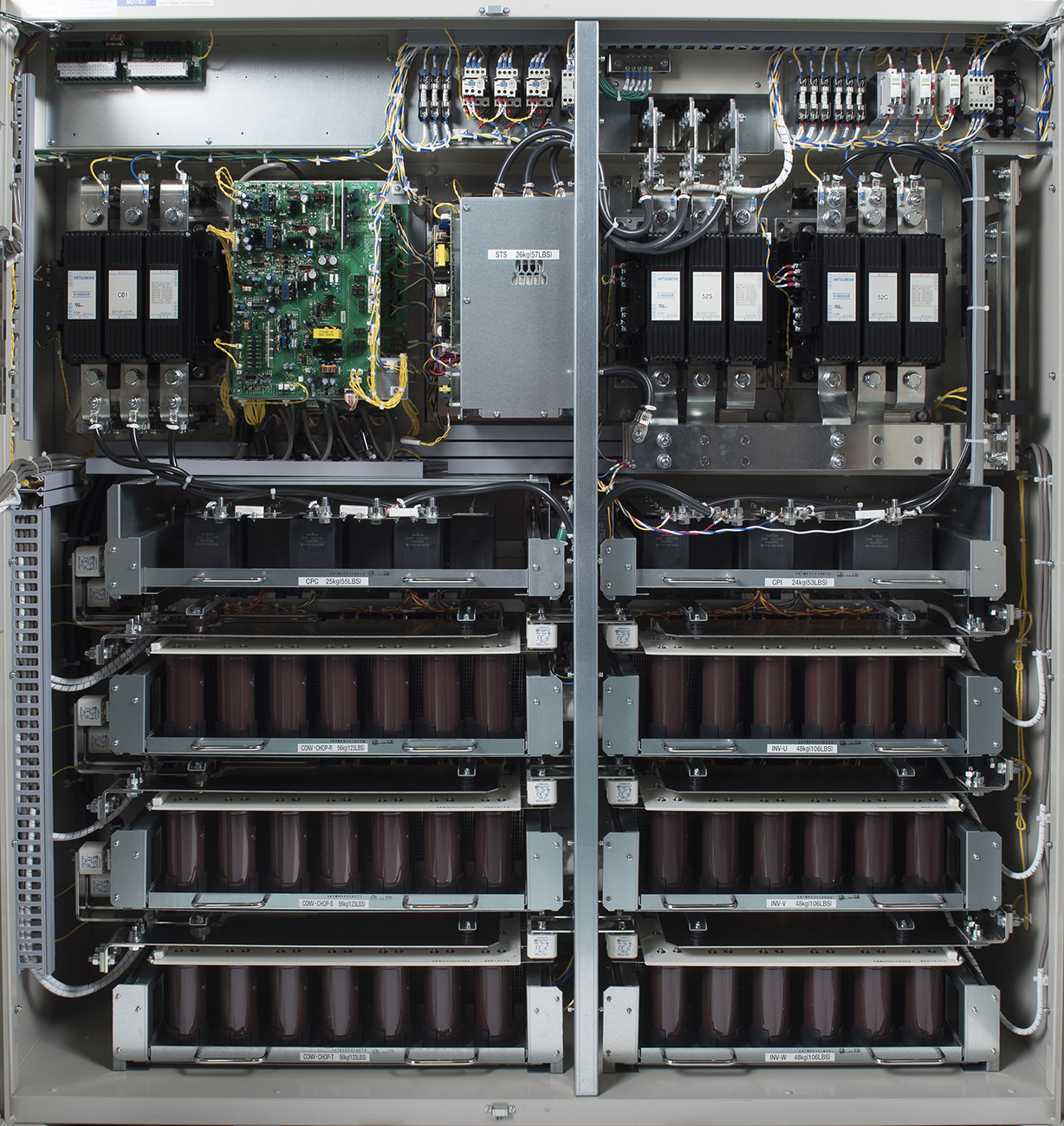 Virtual Neutral and the Transformerless UPS

The removal of the transformer from UPS modules is the key to achieving superior efficiencies. In order to do this, key elements of UPS design must be reviewed. These include harmonic content, system fault tolerance, negative and zero sequence currents and system grounding stability. Mitsubishi Electric’s Virtual Neutral provides the means to remedy all the adverse conditions that can be caused in a transformerless UPS. It also provides harmonic mitigation that is unparalleled in the UPS industry. This creates the perfect environment for the removal of excess transformers from the critical power path, greatly increasing overall UPS efficiency and reducing UPS footprints. Transformerless White Paper 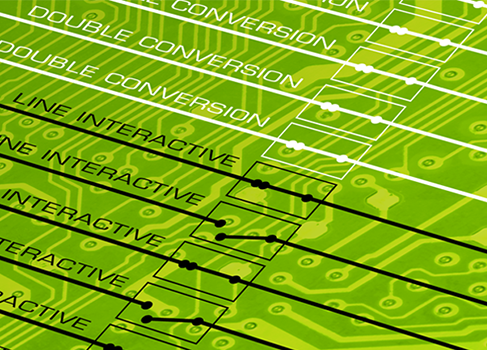 Double conversion UPS modules provide uninterrupted power to critical loads by taking incoming utility power, filtering it, converting it to DC, and then converting it back to a perfect AC output from the inverter.  This helps protect the critical load from any voltage anomalies better than line interactive UPS modules operated via a secondary, unregulated power path.

There are many UPS configurations available when designing a critical load application. The complexity of each design varies based upon budgets, uptime requirements, risk aversion, maintenance plans, and existing infrastructure. These designs are typically broken down into four tiers. Each tier expands on the reliability and maintainability of the previous tier.